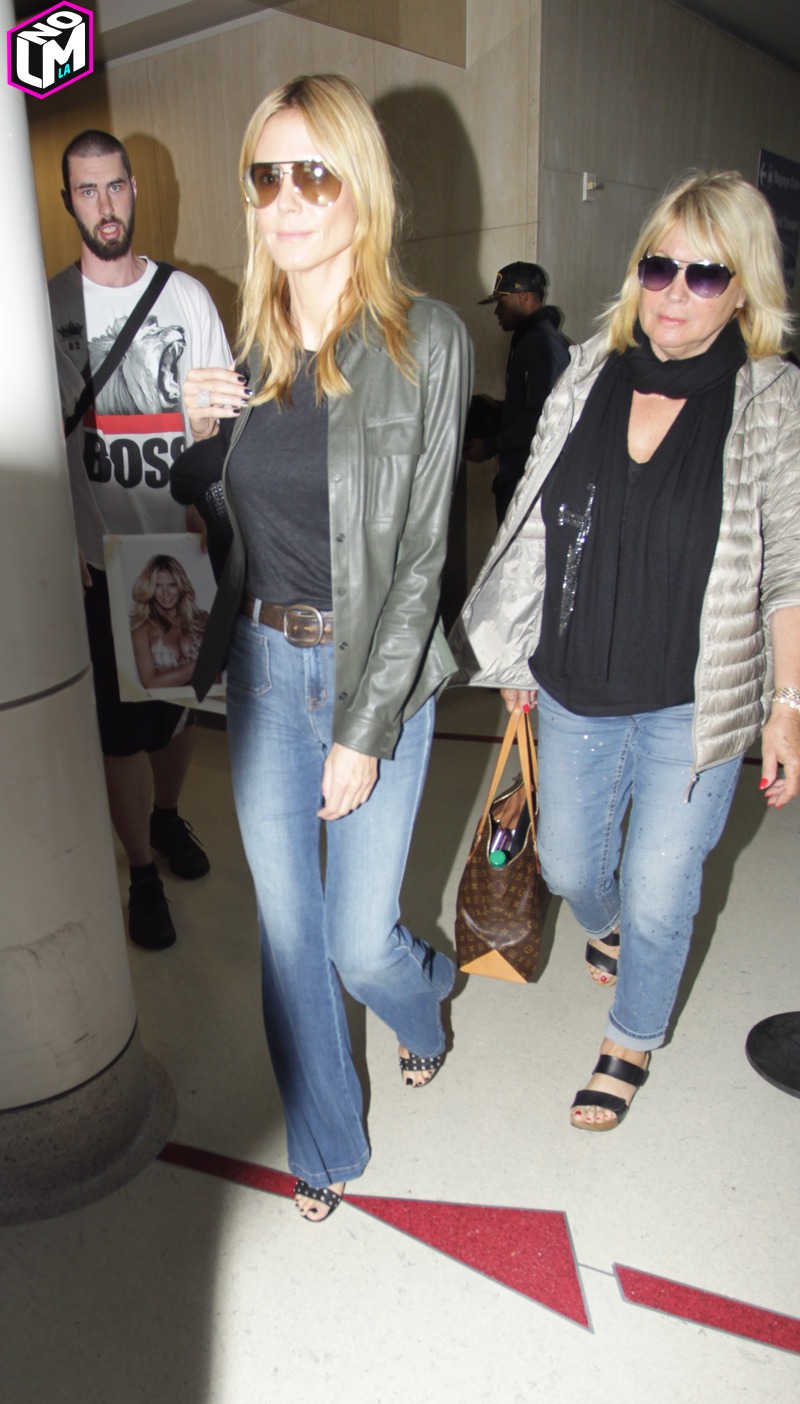 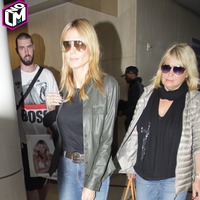 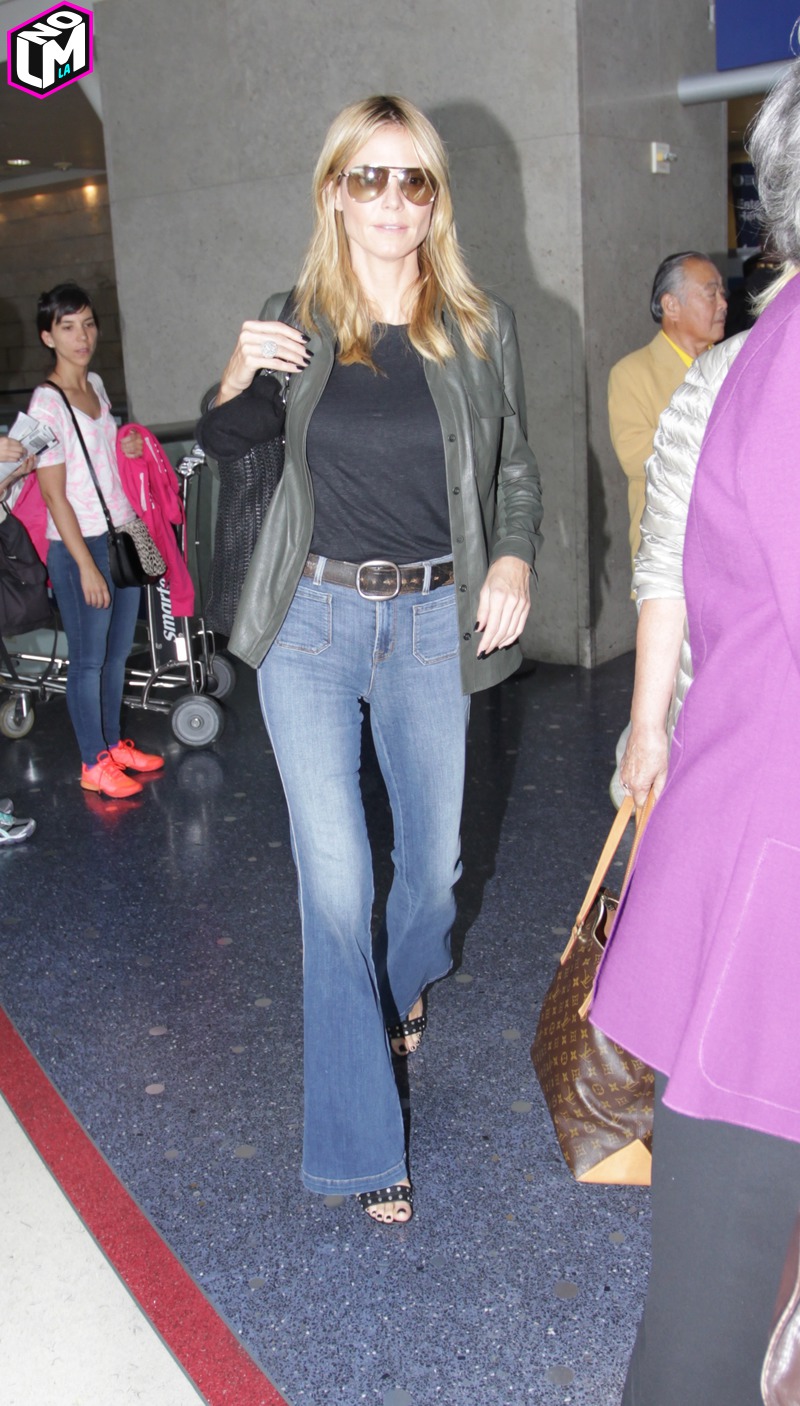 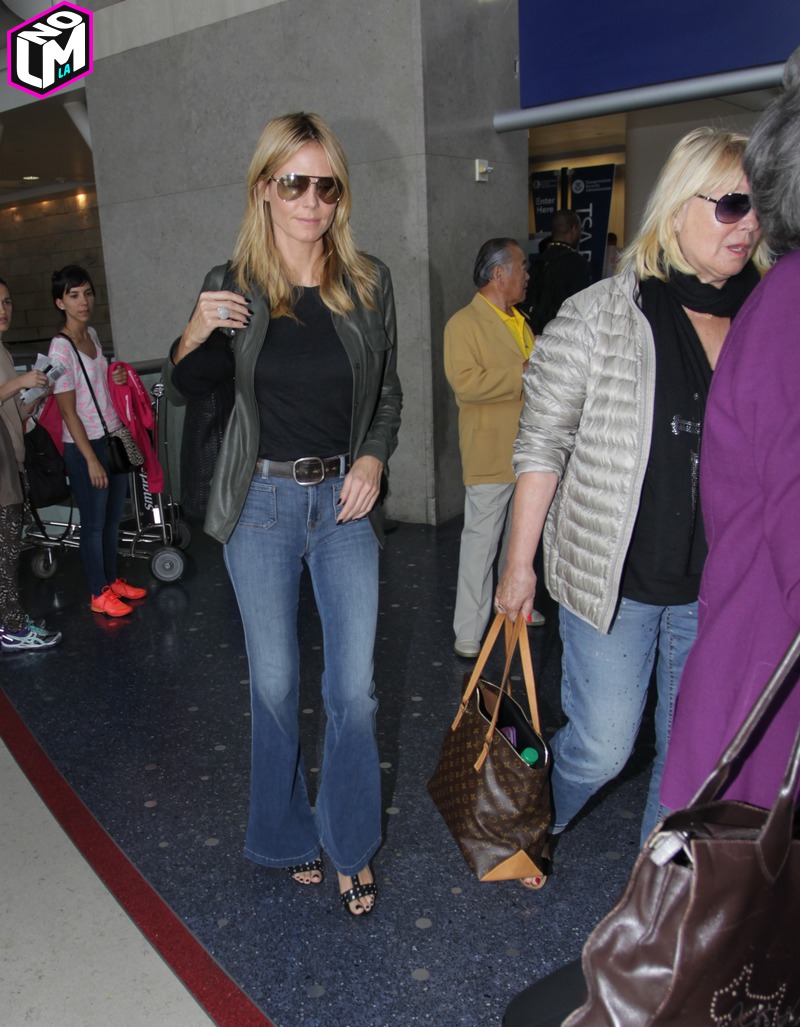 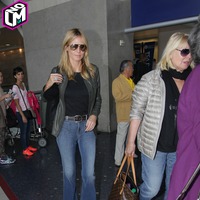 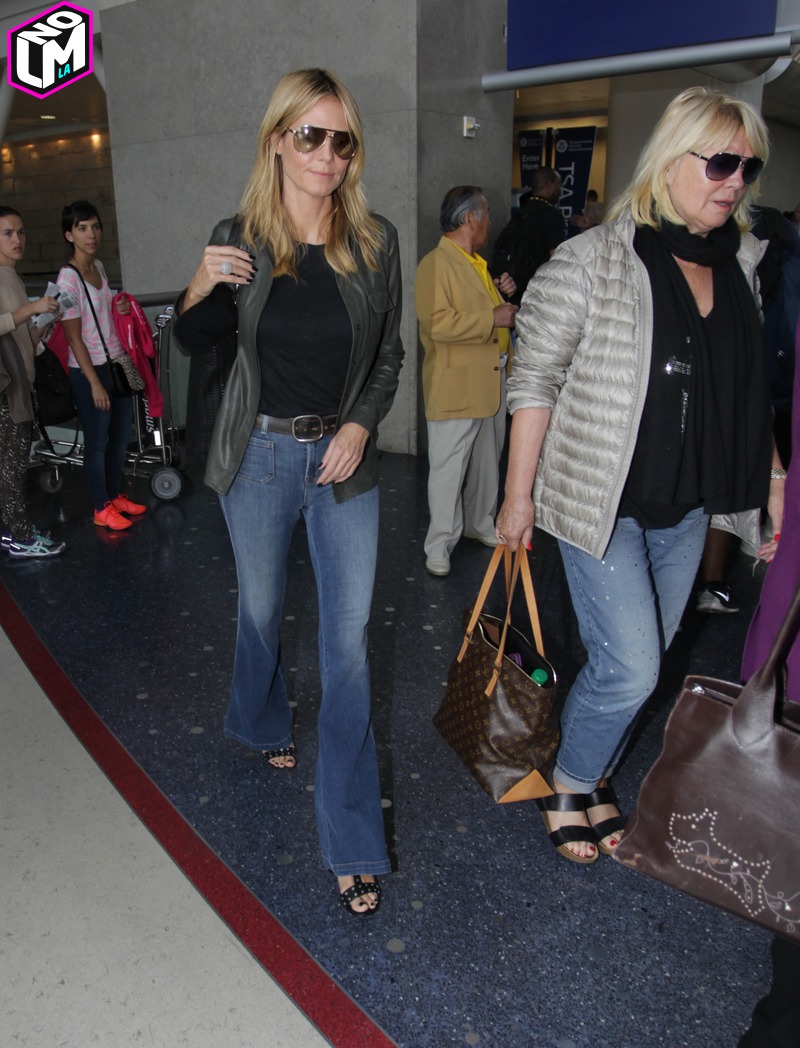 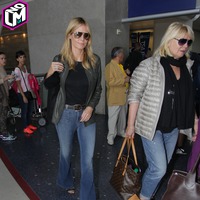 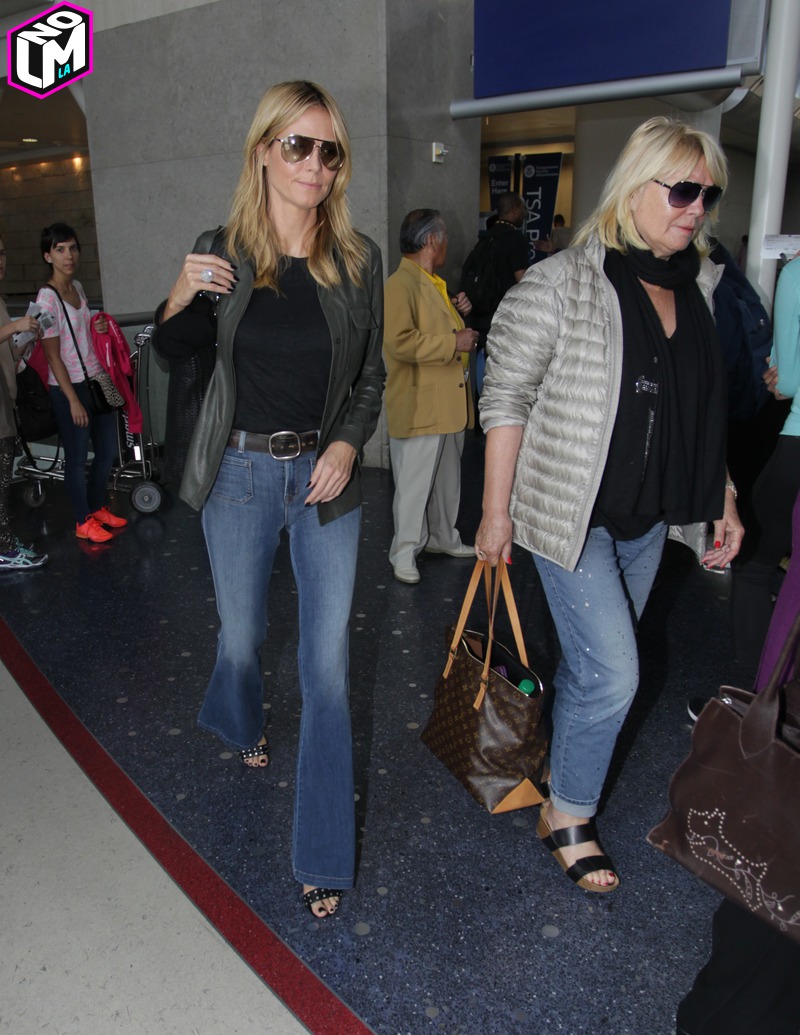 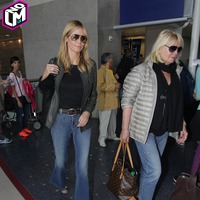 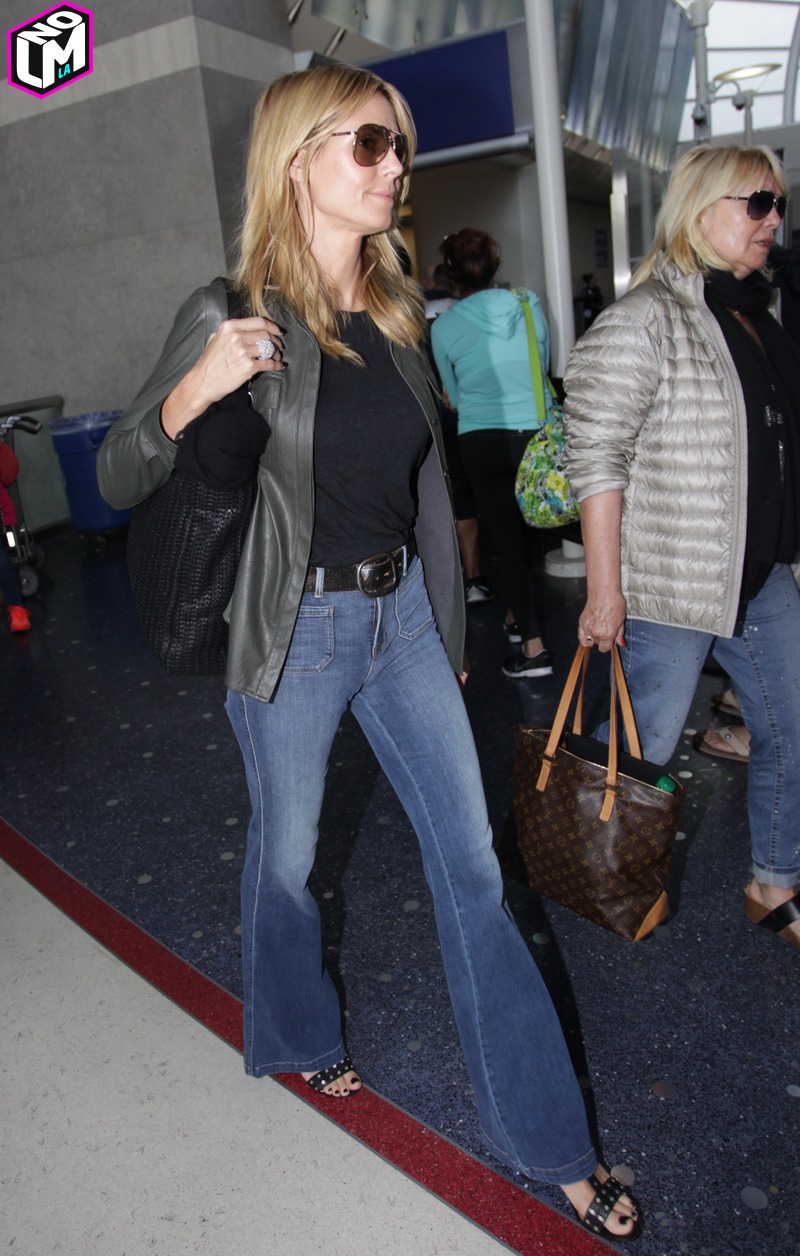 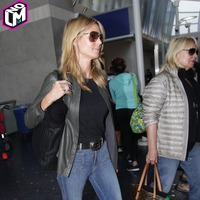 Los Angeles is happy to have Heidi Klum back.

The former supermodel-turned-TV-personality landed at LAX on Monday looking fresh and with none other than Mama Klum by her side.

Klum was just in New York City, where she stopped by Late Night with Seth Meyers on Thursday to promote her lingerie line, Heidi Klum Intimates. The line now offers menswear, which one of the Late Night middle-aged camera guys was just ecstatic to model for a live audience and millions of viewers at home. Of course, most of us forgot all about whatever the hell she was promoting after they pulled out the kangaroo scrotum bottle opener.

That's right-kangaroo balls, attached to a bottle opener that opens beer bottles, which touch your mouth. Klum said she brought one back from Australia for him as a gift.

Oh Heidi, you shouldn't have!

You can catch Klum as a judge on the 10th season of America's Got Talent, which premieres tonight on NBC.