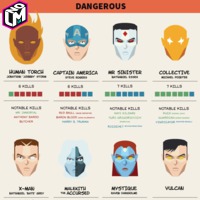 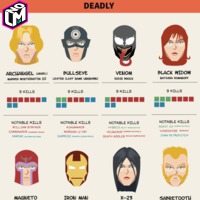 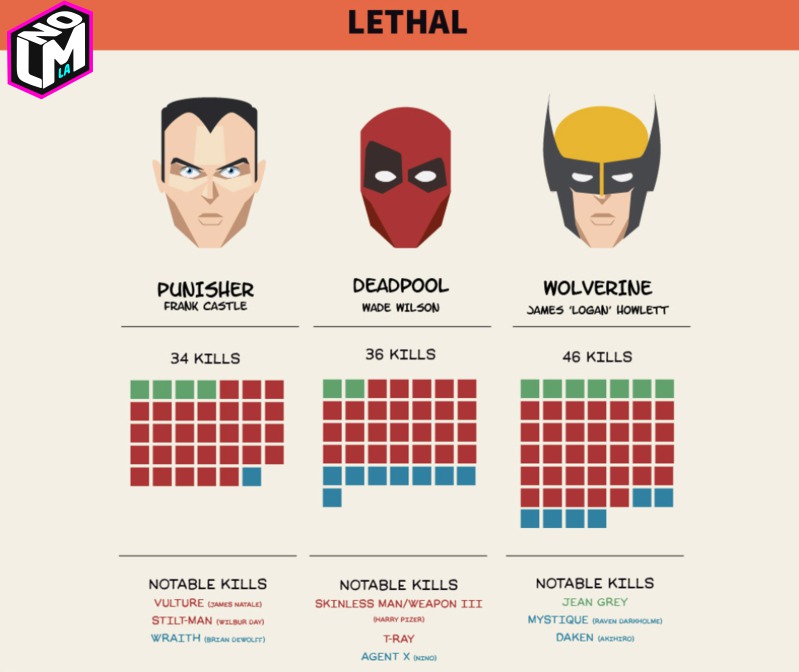 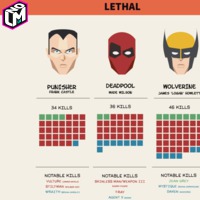 Listen up comic book nerds. From now on you'll have to find something else to fight about in the break room at work. Much like you, the team over at Morph Costumes was accustomed to tireless debates over who the deadliest character is in the Marvel universe. Last week they took matters into their own hands and used their nerd superpowers to create the mother of all infographics: Marvel Murderers, ranked by number of kills and categorized as dangerous, deadly, or lethal. But fear not, the nerdiness doesn't end there. Even the fatalities are color-coded, so that you know if the victim was a hero, villain, or neither (neutral).

This handy-dandy infographic ensures that any future debates will end swiftly. But be careful who you share this with. If this goldmine of awesomeness were to fall into the wrong hands, you could be on the receiving end of forever smug looks and endless gloating. And that would just be infuriating.