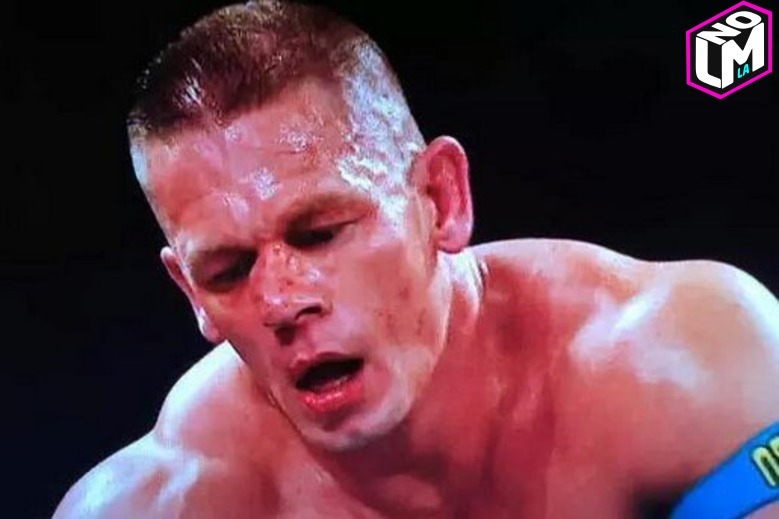 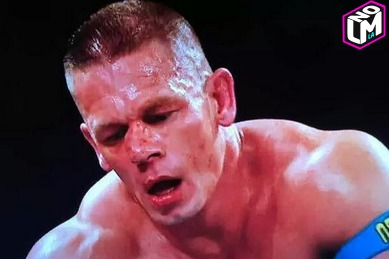 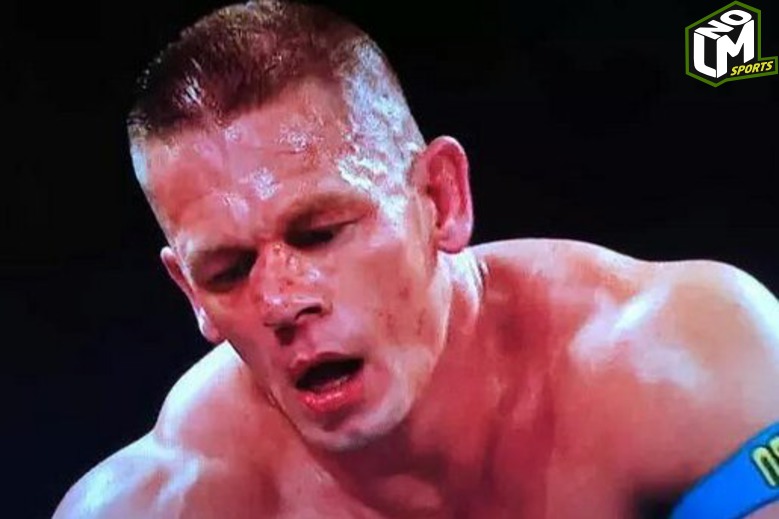 John Cena just powered through last night's episode of WWE's "Monday Night Raw" with a broken nose after WWE champ Seth Rollins gave him a knee to the face.

The incident occurred just about halfway through the match, and John appeared stunned and woozy as his nose swelled up to about the size of a fist.