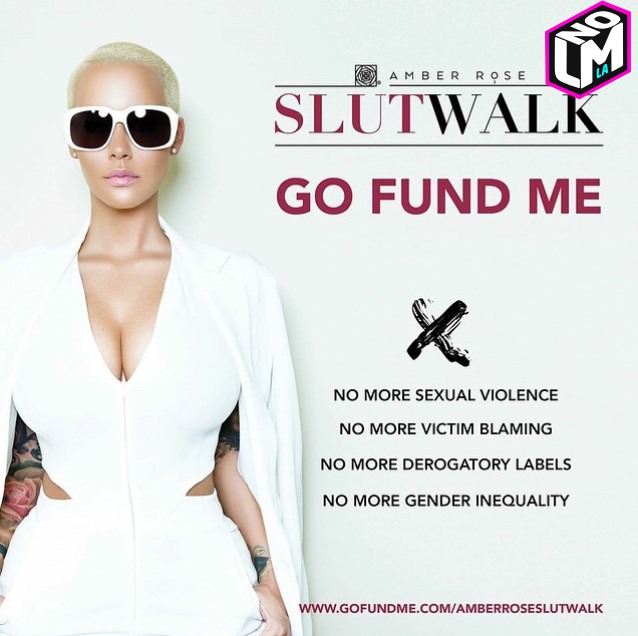 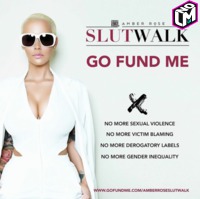 Amber Rose is personally tired of all the derogatory treatment of women, violence and gender inequality. What really ticked her off most was after a Toronto police officer told a crowd of college women that if they wanted to avoid sexual assault, they shouldn't dress like "Sluts".

This sparked a worldwide campaign that outraged men and women across the country. And now Amber Rose asks that you stand with her and join the movement on this cause against sexual injustice, victim blaming, derogatory labeling and gender inequality by joining her "Amber Rose Slut Walk" on October 3rd, 2015. The event will begin at Pershing Square in Dowtown LA as a public demonstration to "combat Women"'s Equality issues such as sexual injustice, victim-shaming, derogatory labeling, and gender inequality".

Of course, Amber received a lot of backlash upon the announcement, with many people hitting her up on Social Media, mainly because of the name of the event, "Slut Walk", which led to Amber herself standing in opposition against her naysayers.

We are definitely curious to see the outcome of the Slut Walk, and we're also curious to see who else decides to show up in support. It's gonna be tough with a mixed message of a name like "Slut Walk", but i'm sure there's plenty of women who know Slut-Shaming too well to not want to take a stand against it.

And did you know the word S-L-U-T backwards spells TULS… as in Amber Rose will kick the azz of anybody who belitTULS her slut walk.