Last Chance to Vote for the VMAs 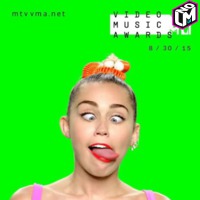 Miley Cyrus is hosting, Nick Jonas is performing, what more could you want from an award show? With only a couple hours left, this is your last chance to vote for your favorite videos in the nine categories that are taking fan votes for MTV's VMAs!

Video of the Year nominee's include Beyoncè for "7/11," Ed Sheeran for "Thinking out Loud," Kendrick Lamar for "Alright," Mark Ronson ft. Bruno Mars for "Uptown Funk," and Taylor Swift ft. Kedrick Lamar for "Bad Blood." Will you vote for Yonce's confident and fun timelapse, Ed's ballroom dancing, Kendrick's socially aware, black and white narrative, Mark and Bruno taking to the streets and showing off their moves, or Taylor's group of girl assassins?

If video of the year isn't your thing, or if you want to cast your vote in more than one category, you can also vote for Best Collaboration, Artist to Watch, Best Male and Female Video, and Best Video for your favorite music genres!