Hidden Gems on The Internet Freestyle Before Drake Was Drake 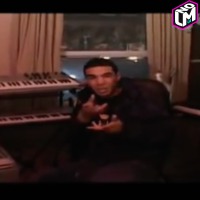 Here's a second gem on the internet we've found after The Weeknd's Happy Birthday song on the bus. This time it's from another Toronto native, Aubrey Graham widely known now as Drake.

From 01-05 Drake was an actor on Degrassi: The Next Generation. In 06 Drake began his professional career as a hip hop artist developing his self released mixtape 'Room for Improvement'. In this video Drake freestyles the inevitable future of his blossoming career. Yes, he mentions taking your chick which dude can do at any given moment.